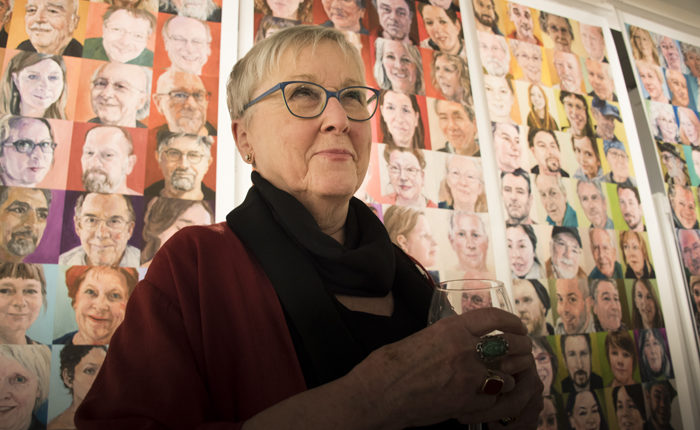 Susan Benson was born in Kent, England. She trained as a painter in the UK before emigrating to Canada.

Over the years her work as a painter has been interwoven with design for the theatre, ballet and opera. As designer she worked with distinguished directors and companies in some of the world’s great houses. Her costume- and set-designs are instantly recognizable for authenticity, imagination, craftsmanship and an artist’s attention to subtlety of line and colour. Her work has been repeatedly recognized in awards and in inclusion in public collections.

Portraiture has been prominent in her painting, but the influence of the natural world, especially the scenery of the West Coast of Canada is revealed in her landscapes and in her representations—sometimes approaching abstraction—of natural forms.

She now lives on Salt Spring Island on the West Coast of Canada.